v1.171 Deflicker tool improved with the ability to choose an area to sample.

A wide-angle image can be rotationally panned with perspective correction.

A fisheye lens allows up to 360° rotation.
The concept behind Panolapse's motion effect is similar to that of 360° panorama viewers, using 3D perspective correction to simulate real-world accurate movements.

Up to now, photographers generally had two methods for adding motion to time-lapse sequences. One approach has been to mount the camera on a motorized track or head. These systems are often heavy and restrictive. The other method applies video-editing software to digitally crop and slide. But since this doesn't correct for perspective, the results can be unnatural.

Panolapse applies perspective correction to create natural panning. It adds rotational motion to a sequence, essentially acting as a motorized-head.


"I think it's pretty cool. Especially when you don't want to drag around a bunch of motion control hardware when you're on vacation." - CheesyCam

Animate RAW setttings with RAWBlend
RAWBlend is a powerful tool for blending from one frame to another seamlessly. Set keyframe images, and let RAWBlend interpolate your exposure, color temperature, contrast, and other metadata between images. With RAWBlend, you can process just your first and last frames - it does the rest.

For more information, visit the page on RAWBlend.

Deflicker
Slight mechanical differences between each shot by the camera often causes flickering in a timelapse video. Panolapse corrects this by tuning each frame's brightness levels towards a computed moving average for optimal smoothness.

AutoExposure and the "Holy Grail"
When shooting a timelapse in rapidly changing light (such as sunrise or sunset), it may be necessary to adjust camera settings to keep the image properly exposed. This is known as the "Holy Grail timelapse," as it's so difficult to get right. AutoExposure automates this process by analyzing each frame for changes in aperture, shutter-speed, and ISO - and then adjusts exposure accordingly. Shoot at any setting and get perfect exposure every frame. 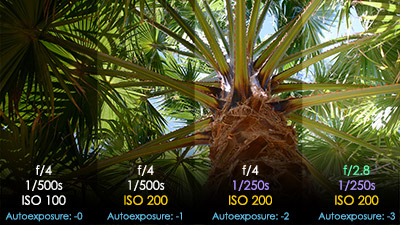 Convert to a fisheye lens
The fisheye effect is an artistic tool for your timelapse videos, simulating a fisheye perspective. Non-fisheye photos can be converted to fisheye (or vice versa). This perspective bends horizons, magnifies the center, and spans an ultra-wide field of view. Used tastefully, it can add that extra "wow" factor to your time lapse videos.


Animate Stitched Panoramas
Aside from timelapses, if you're into creating panorama images, you can use Panolapse to animate your panorama as a moving video by importing a 360°x180° equirectangular image.


High-Quality Renders
Export your final video in visually-lossless JPG frames, .mov (PhotoJPEG) video, or .mp4 video. Batch multiple render tasks to save time.
What people are saying about Panolapse
"Panolapse corrects the wide angle lens distortion to create a panning illusion... The results are very interesting." -DIYPhotography
"In a nutshell, it's quite a handy app for adding virtual camera motion." -AddictiveTips
"It's definitely worth a look if you're into making time lapse videos where movement matters." -DPMag

"Panolapse uses perspective correction to produce far more realistic results, so that it actually looks as though your camera is moving around within the scene." -SoftwareCrew
"The best time-lapse videos don't typically rely on subject motion alone. Often, they inject a sense of life into the scene by adding camera motion as well, changing your perspective and guiding your viewpoint as the scene unfolds before your eyes." -Imaging-Resource
"Adding motion to your time lapse video greatly enhances its appeal... It seems that a new solution is only a few clicks away." -MotionVFX
"If there's one aspect of time-lapse creation that has remained difficult to master, it's adding camera movement... This is where Panolapse comes in." -Graphics.com
FAQ
Does Panolapse support my camera?
Yes. You can set the crop factor, lens focal length, and lens type (normal, fisheye, stereographic, equidistant, thoby, or equirectangular) so the program works with all cameras (full-frame, crop-sensor, point-and-shoots, GoPro, Rikoh Theta, etc.,). In addition, RAWBlend works with dozens of RAW file formats, as well as JPG.

What camera/lens works best with Panolapse?
Any camera/lens will work fine, but wider lenses give you more room to pan. A 24mm lens or wider on a full-frame sensor is recommended. Fisheye lenses, including GoPro cameras, capture even more of the scene to allow greater panning motion.

I already have a motorized system for time-lapses.
Panolapse can be used on top of hardware systems, allowing you to further tweak and adjust motion for more creative control. It can also be useful in situations where you can't bring all of your gear.

Is it free?
Panolapse is free for output resolutions up to 1280x720 HD. To unlock unlimited resolution, please support the project by buying a license.

Who created Panolapse?
Panolapse was originally created by Patrick Shyu for the Blue Eden project, a series of high-definition videos across the world.